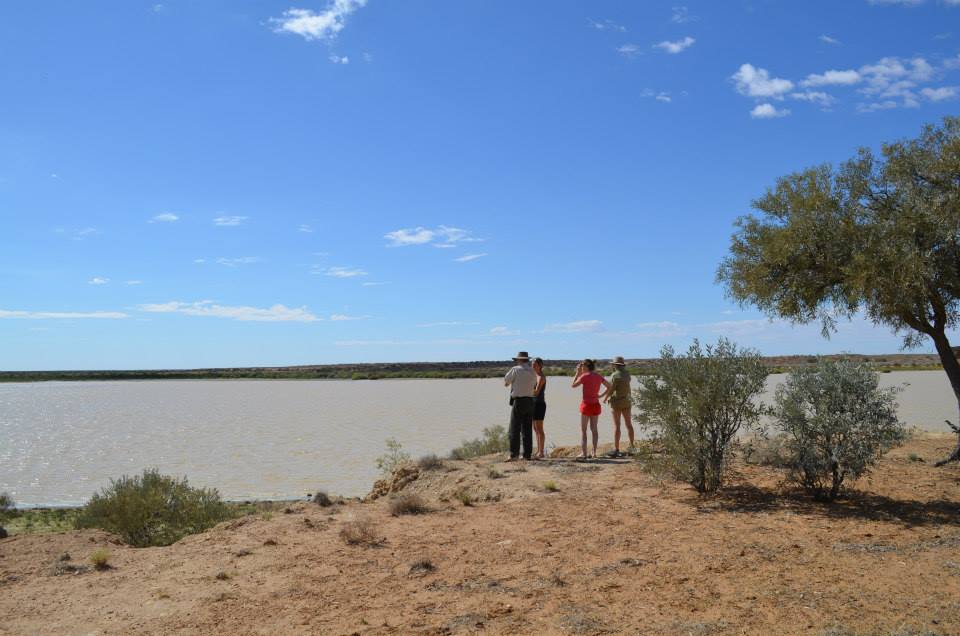 After a merry chase around Sydney to pick up our new radio receiver the first crew of the April 2014 trip headed out in wet conditions. The rain only lasted for a day and soon enough we were driving under the familiar sunny blue skies. Most areas seemed to have enjoyed at least enough showers to keep the kangaroos from the roads. Arriving at Ethabuka we didn’t see much greening, however the flies apparently had found enough water to breed some extra offspring. On the way in we checked Pulchera water hole which turned out to have filled up into lake-like proportions and was teeming with birds.

We were based at Main Camp for the duration of our trip, splitting up in two teams, one for trapping and one for Eveline’s dragon work. Over the course of the days we opened grids 1-11, B and D in several, sometimes overlapping, trapping sessions. Low mammal captures were expected, but we were pleasantly surprised with the high percentage of pregnant females we caught. Reptiles were more abundant, with the many neonate and juveniles as highlights. 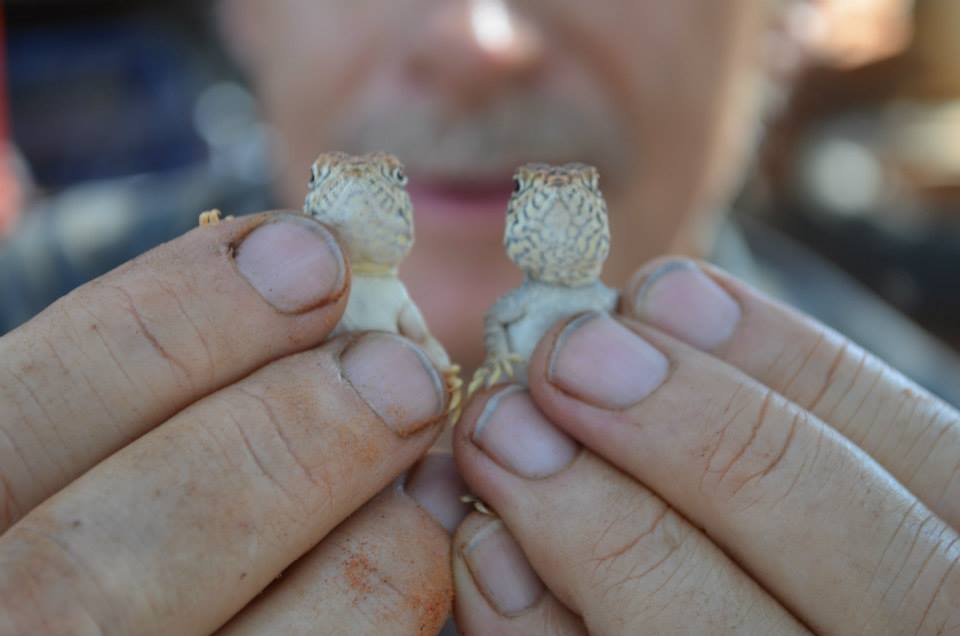 A Thorny Devil (Moloch horridus), master escape artist, kept us on our toes by climbing out of its ice-cream container, making it all the way underneath the trailer, halfway towards the nearest spinifex clump before we caught it. It looked distinctly displeased when all its efforts had been in vain. 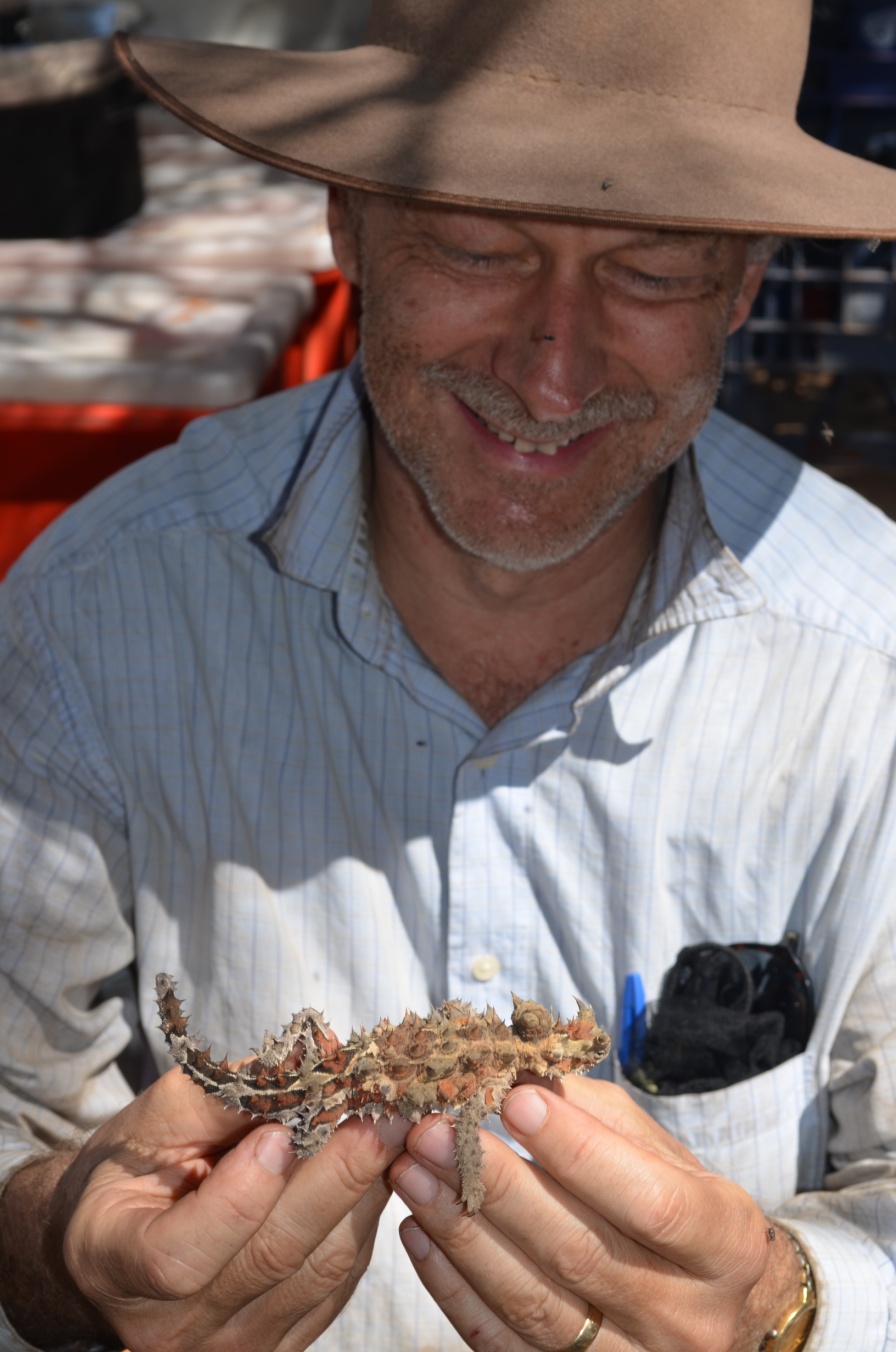 This kept our trapping team busy in the morning, followed by active afternoons of repairing grids and digging in predator tunnels. During the trapping sessions Chris placed insect traps which seemed to collect a steady stream of ants. Near the end of the trip, when most of the trapping and digging was done, the team converted into an efficient botanical unit to finish off with a couple of vegetation surveys.

The dragon team started off with the now familiar predation experiment. After placing the plasticine dragons along the shot-line road we checked them for signs of being attacked. This trip the birds were in full force and we lost a record number of dragons to raptor attacks. Ayesha had the great idea to perform raptor surveys and counts throughout the trip to get an idea of relative raptor abundance. 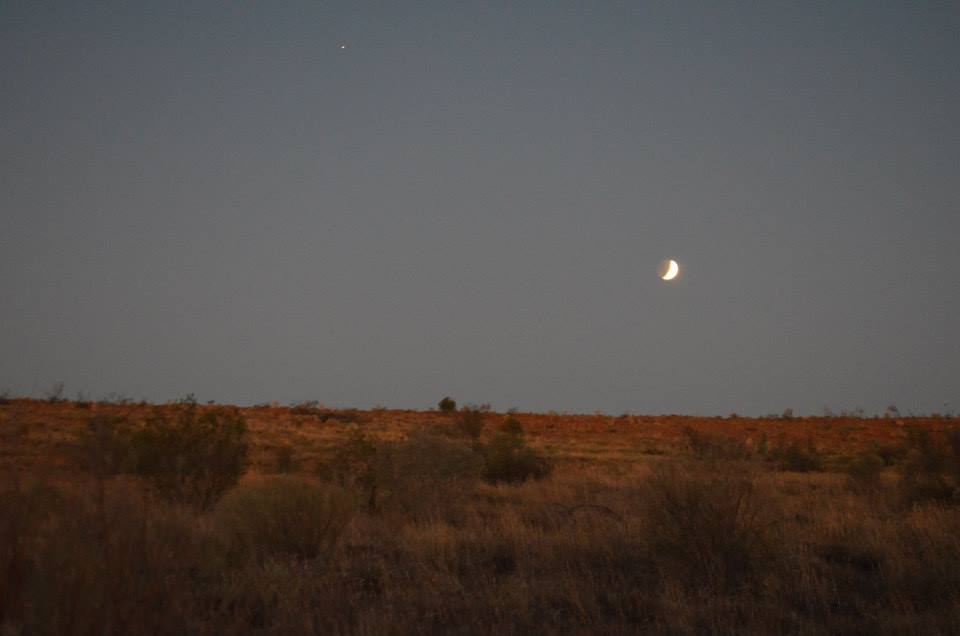 After the predation experiment the attention turned to a pilot study of radio-tracking central netted dragons (Ctenophorus nuchalis). Four adults were tagged and released at the site of capture. Due to the inclusion of incorrect instructions, the other six tags we brought for Military dragons (Ctenophorus isolepis) could not be used. Over the course of 7 days they were tracked to their exact location six times a day. The intense surveying regime is designed to answer questions about their range, activity patterns, habitat use and behaviour. While three of the focal animals were sticking to a small home range, number four decided to go on a hike over several dunes. Over a couple of days, this sparked curiosity, discussion and even a bet or two. Whether this behaviour was an untimely dispersal activity remains a question, but the dragon team went home with extra strong leg muscles. 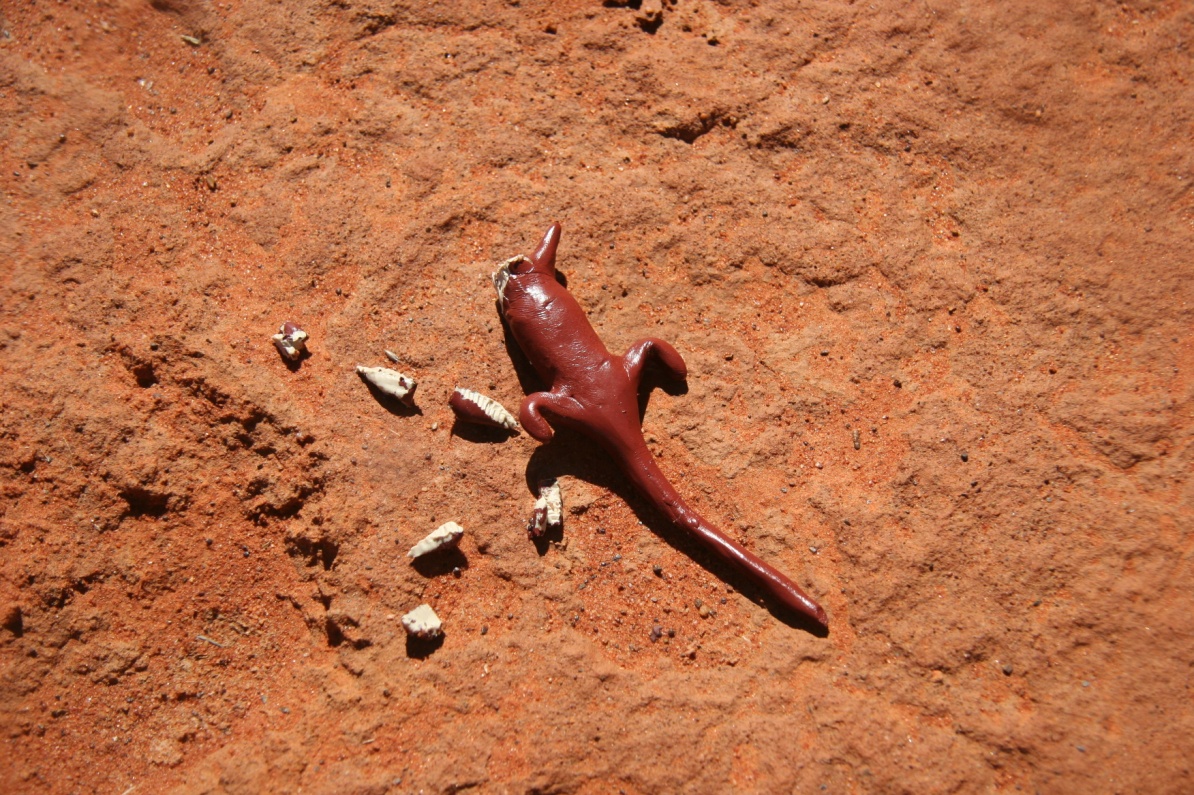 Jess had brought infra-red camera traps to position around Main Camp to capture predators. After a week we set them up, trying a variety of different cat lures. We left them in position for the remainder of the trip. So far no cat or fox has shown its face but a dingo was caught snooping around grid B and the homestead.

We found time to fit a refreshing mid-trip dip at Pulchera into the schedule as well as a visit to the soak.

During the trip Ayesha did her best to educate the rest of the team in bird call recognition, enthusiastically subjecting everyone, including herself, to pop quizzes. After the patchy rain there was still plenty of avian activity, especially in swales with trees and around water holes. Her enthusiasm was rewarded with spotting yellow chats (officially unconfirmed but we believe her)! As a goodbye gift, two grey falcons flew overhead at Pulchera water hole on our swim on the way out – the perfect way to end a successful trip. 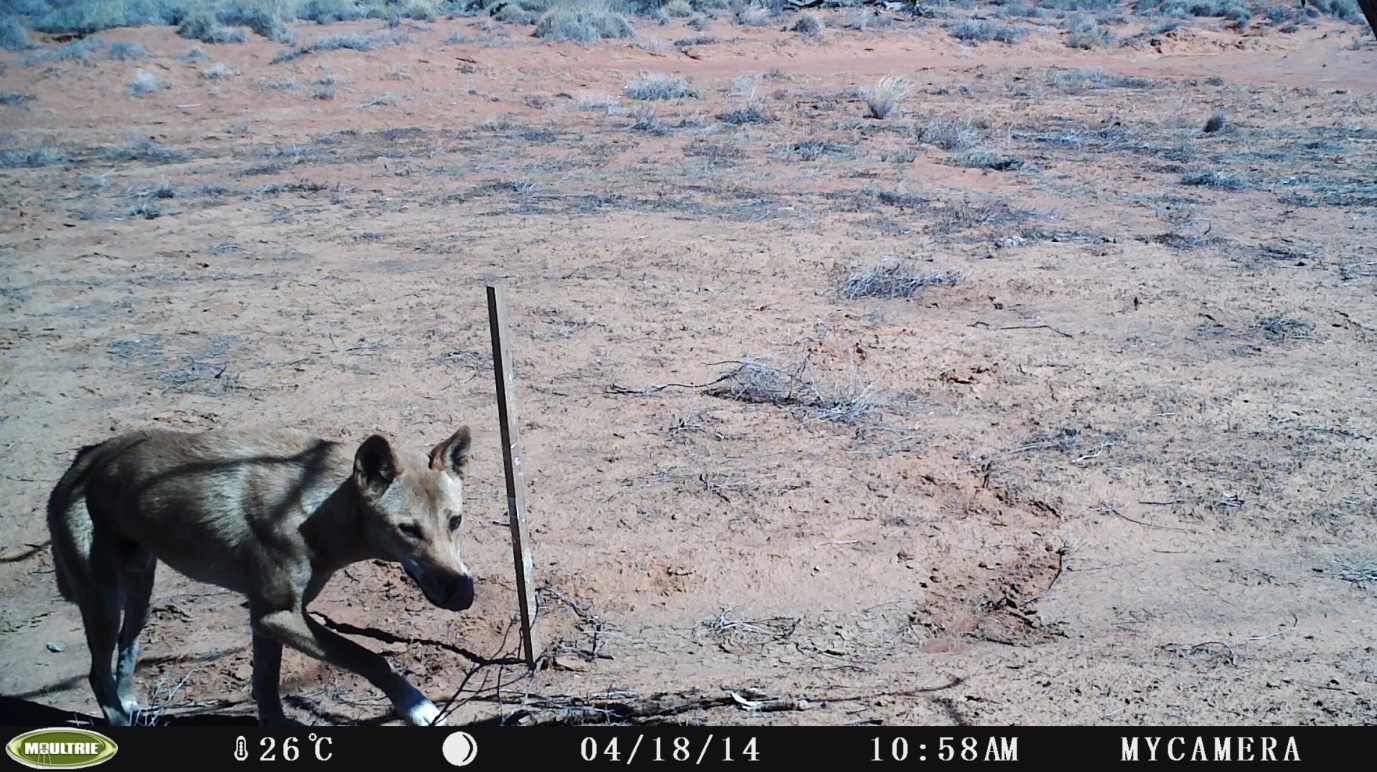 At Bedourie, we met the crew from trip 2 heading out. After trading hellos, general stories, info, gear and goodbyes we were ready to head back to Sydney.