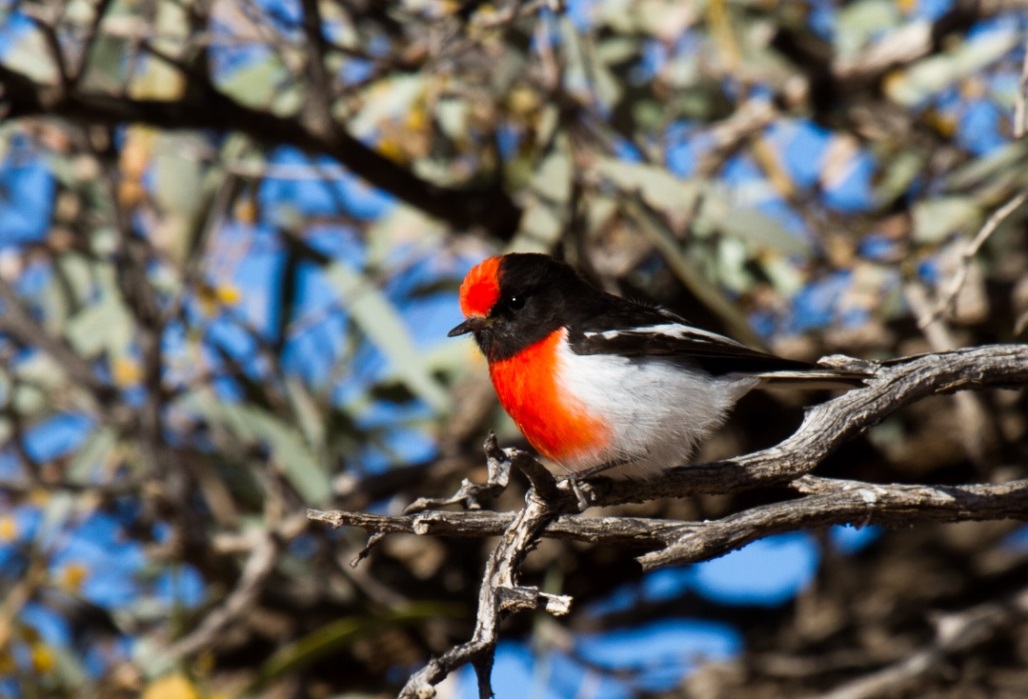 The trapping schedule for the trip was to survey the Main Camp Gidgee grids – five full grids of 36 traps on sand-hills, and a further eight grids of 18 traps located in associated gidgee patches. This is part of an on-going investigation to explore the use of gidgee patches as possible refuge sites, as well as the movements of individual animals between these areas. We also trapped our mallee setup.

In winter, reptile capture numbers are always fairly low, and this trip proved no exception. Small mammal numbers, however, seem to have risen a little in recent months – dunnart and rodent populations seem healthy, with more than double the rate of captures compared to a year ago. The dunnarts we trapped seemed to have very fat tails, also indicative of conditions having improved. 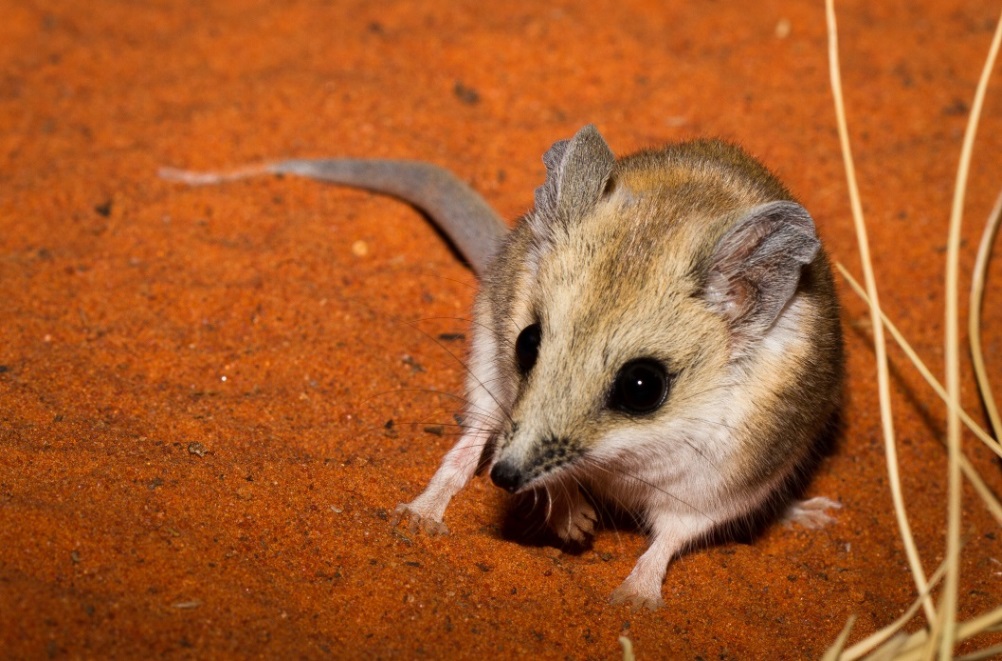 One out-of-the ordinary capture was a dunnart that didn’t look like one of the common species, and its identity eluded us initially. We eventually settled on it being a fat-tailed dunnart (Sminthopsis crassicaudata), albeit one that didn’t match a couple of the key characteristics listed in the field guides.

Another animal that defied identification for a little while was found by Steve in the old dead spinifex near camp. It was a Delma species of legless lizard with banding on the head and neck, and a yellow ventral surface. It didn’t look like the common species we get out there, D. nasuta so after some deliberation Steve settled on it being D. butleri (a variable species that is often much duller than the ones we’ve seen). Steve also managed to find one of the most elusive species out there – a gecko that has only been seen a handful of times in the study’s history. It’s also one of the most beautiful – the Jewelled Gecko, Strophurus elderi.  We were also fortunate to see a Red-capped Robin flying in and amongst the gidgee trees during one of our afternoon sessions near one of the trapping grids. 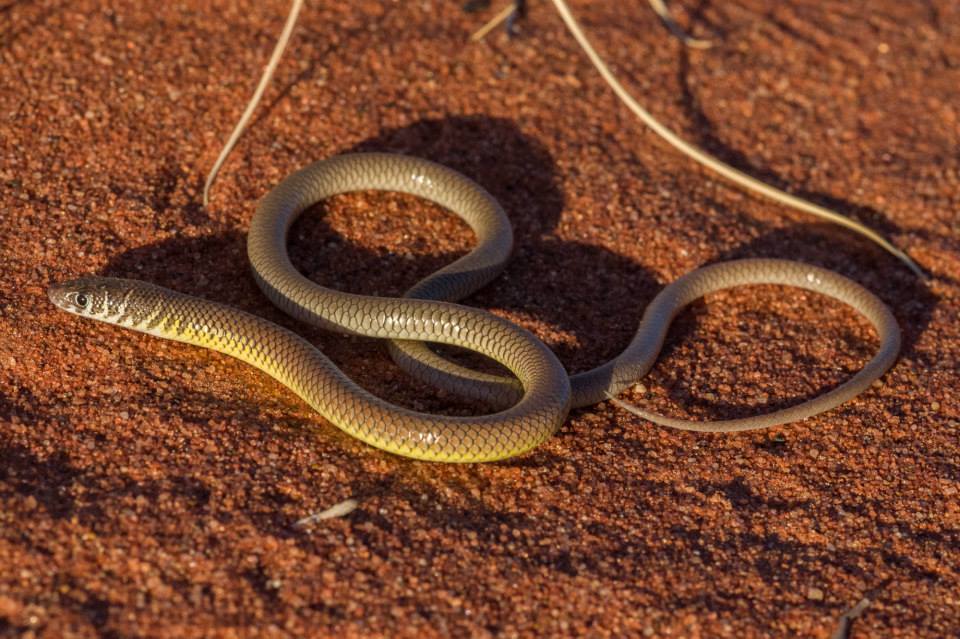 While Steph and Gabby’s work was ongoing, we had some other jobs to do. The ‘tunnels’ needed a bit of attention, namely the procedural control tunnels that had been ripped out of the ground by the wind. We also visited a couple of areas that are predator hot-spots to collect scats. Abudda lakes on Carlo station was a real gold-mine, with 87 separate scats picked, neatly bagged and labelled. 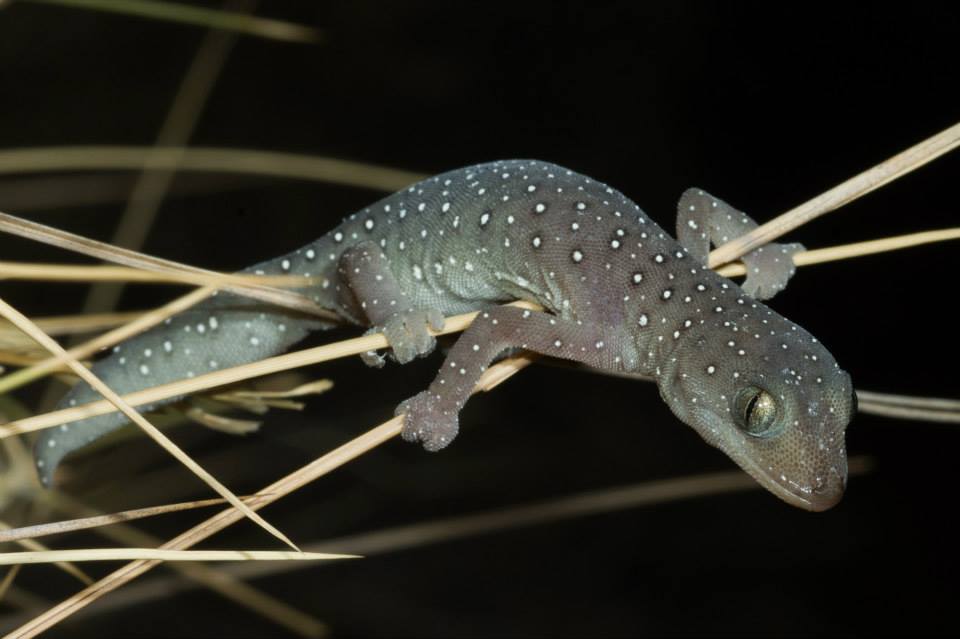 Following the placement of new remote-cameras on the last trip, we also downloaded the images from the cameras placed at the tunnel grids, Ausplots and the soak. The images from the soak are definitely interesting to browse through, showing many visitors to the water source. Dingos, Cats and Foxes have all been caught in the act, as well as wedge-tailed eagles, common bronzewings, other birds and other mammals. The tunnel cameras seem to be doing their job too, having captured images of small mammals visiting the tunnels.

Around the middle of the trip we were lucky enough to be invited to the Ethabuka homestead where Matt and Amanda plus Bush Heritage volunteers put on a BBQ for us. It was an event enjoyed and appreciated by all – the sensations of showers, crisp salad vegetables, fresh meat and refrigerated beverages were all luxuries we’re normally not privy to on our trips.