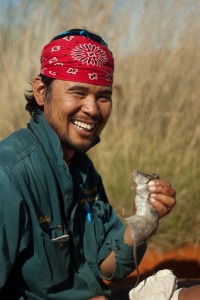 I have been associated with the research group since 1994 when I was a student volunteer for one of the many PhD projects that were being conducted within the lab. My major role in the lab is to maintain the overall operation of the laboratory by providing technical, logistical and administrative support to students, staff members and any collaborators with the research group.

Over the years I have been lucky to be involved with many PhD and honours projects. Some of these projects have included studying the predator/prey relationships in sub-alpine forests of south east Australia and the Simpson Desert. I have helped in food supplementation trials with small mammal in the Sydney region and the response of small mammals to fire in the Werrikimbe National Park. In 2000 I provided assistance to an Earthwatch funded volunteer program observing waterbirds in Kakadu National Park. More recently I aided with a project that looked at the relationship and dynamics between large mammalian carnivores in forests of north-eastern New South Wales. I have also been able to work for The National Parks and Wildlife Service looking at the effect of 1080 baits on spotted tailed quolls.

My main focus, however, has been to undertake research in the various ARC funded projects within the lab. In 1997 our project investigated the influence of arid zone oases and their effect on local abundance and diversity of small mammals and lizards. Currently, I am involved with two ARC funded projects. The first project investigates vertebrate dynamics after fire-induced habitat fragmentation in the arid zone to characterise the patchy distribution of terrestrial vertebrates and evaluate the importance of food and shelter. The second project investigates the role of fire and rainfall in driving resource and consumer dynamics.